The initial system
The CPU card and the keyboard interface were the first two cards I bought, and once I received them along with their associated manuals, I set about building a rack, hand wire wrapping the bus along the back. For the +5VDC power supply, I managed to get a faulty unit from work and repair it. I designed and built my own power supply to feed the ±12VDC and -5VDC rails. The power units are housed behind the Verorack in the case.

The next card to arrive was a teletext output video card. I could see what I was typing, but had to enter a load of machine code into memory every time I switched on. The cassette interface card was next. This then allowed me to save whatever coding I was doing. Now that I had the basis of a computer, I bought an assembler / disassembler package called ZEN. It was cassette based and allowed me to write some real code, and save it!

Photos of Colin MK I
Below are a few pictures of the case, power supplies and cards that formed the basic system.

This is my system as it existed for quite a few years, until I got round to updating and adding to it. More of that in the following pages.

Viewing the gallery
To see all the photos, you can either use the left or right arrows on the main picture, or scroll through the thumbnail gallery to select a picture of interest. 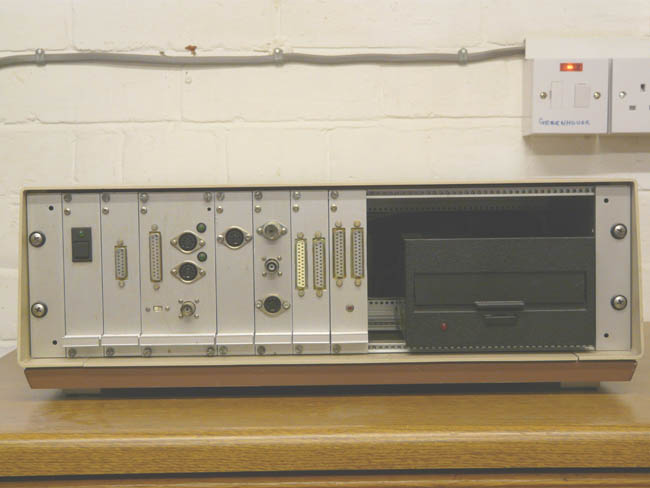